Researchers have found a woman in Columbia with a rare genetic mutation that has protected her from developing early-onset Alzheimer’s disease, despite the fact that her brain has many neurological features characteristic of the disease.

Based on the woman’s genetic profile, she should have developed Alzheimer’s disease by the age of 50. She is now in her 70s. 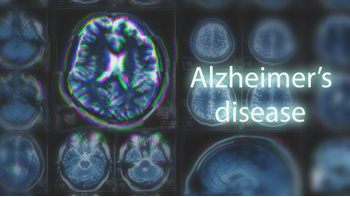 What Did the Study Discover About the Columbian Woman’s Genes?

This startling discovery, described in a recently published article in the journal Nature Medicine, reveals that the woman’s mutation appears to help prevent early-onset Alzheimer’s by minimizing the binding of a certain sugar compound to a specific gene. The finding suggests that treatments could be developed to provide other people with the same protective mechanism.

The woman lives in Medellín and is part of an extended Colombian family of approximately 6,000 people who have been ravaged by early-onset dementia for centuries. They call the condition La Bobera, which in English means The Foolishness.

Until now, the extended family has attributed La Bobera to superstitious causes.

What Are the Implications of this Alzheimer’s Study?

While this type of hereditary early-onset dementia accounts for a small number of the approximately 30 million victims of Alzheimer’s disease worldwide, it’s extremely important because the Colombian version has been traced to a specific cause and consistent pattern.

The researchers are also studying several other members of the extended Colombian family who seem to have some resistance to Alzheimer’s disease. They are not as old as the first woman cited in the study, and they do not have the same mutation, but the research team hopes to discover other genetic factors and determine whether they operate along the same biological pathways.

Could This Study Lead to a Cure for Alzheimer’s Disease?

Unfortunately, a gene or drug therapy based upon this research won’t be available in the near future. Scientists must first replicate the protective mechanism found in the original patient by testing it in laboratory animals and human brain cells.

Nevertheless, this development is welcome news and comes at a time when Alzheimer’s research desperately needs new approaches. Billions of dollars have been spent on creating and testing treatments, yet nearly 200 drug trials have failed. The few drugs currently available do not work very well and their benefits do not last long.

If you’re interested in learning more about this study, and the specific mutations and biological pathways involved, The New York Times recently published an article about it. You can read the article here:

Clifford M. Cohen has more than 35 years of experience and dedicates his practice to guiding aging individuals in the Maryland and D.C. area through all facets of special needs planning. Contact us today at 202-895-2799 for a free case evaluation.